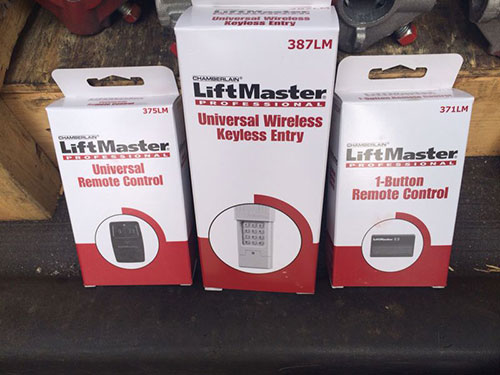 The initial garage door remote control was built to be very basic, only consisting of a transmitter (the actual remote) and the receiver that controls the opener.  The remote transmitter would send signals on a certain frequency. The signal would be picked up by the receiver, and then the garage door would open and close based on the door position. 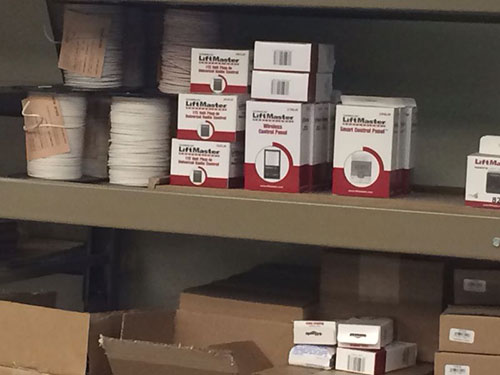 The concept of such a remote control relates all the way back to WW2. Soldiers used such a device to detonate bombs in the battlefield. This technology became very popular with garage doors. When an individual opened his or her garage door, they would open the neighbor’s door also. Although they have little power and range, they’re strong enough to cause interference with other receivers in the surrounding area.

The next technological advancement of door remotes focused on this frequency issue. They decide to create a system that contained multiple codes. The individual that owned the door had to set a code that was preset on the transmitter and receiver. There were 8-12 switches for them to switch. This provided them with thousands of codes; however this technology did not consider security issues. The only objective was to avoid outside interference by other frequencies.

Thieves were able to compromise this simple security system by attempting to use various codes on a basic transmitter. These criminals also designed code grabbing software that could grab, record, and retransmit a radio signal. These multiple code door openers became least popular in neighborhoods where security was a common issue. Due to their programing simplicity, these openers were use on more trivial things such as gates for apartment buildings.

To deal with the security issue in these types of openers, the industry advanced to using a frequency ranging from 100 to 400 MHZ. With this in place came technology that enabled the codes to roll and hop around on transmitters and receivers. This stopped criminals from being able to grab codes and retransmit it.